His job description may include hospitality, but for longtime volunteer Geoff, it is also a way of life. He embodies the spirit of hospitality and his recipients know it.

Geoff has been a MOW volunteer since 2015, and has delivered the same route the entire time. He delivers every Monday and often on Fridays. Since he started volunteering, he’s taken two breaks, but has returned for the community. He’s delivered in the same area of northeast Tampa including Ybor City and Port Tampa the whole time and was pleased to see so many familiar faces when he came back each time.

“I’ve become friends with some of the recipients to the point of going to their house on my days off and having an afternoon coffee. [My recipient] only speaks Spanish and mine isn’t that great so it’s also been an opportunity for me to practice.” 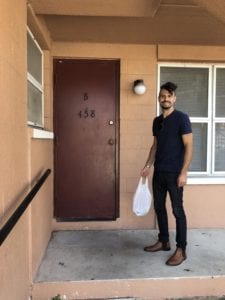 As Geoff delivers meals, he spends a few moments catching up with each recipient. He spends more time with some recipients than others, especially if they need help finding or fixing something. “Last week, I helped Carolyn find her phone. It had fallen under the couch. She told me she could hear it ringing for two days but could not get to it. So when I delivered her meal again a few days later, she asked me if I could help her locate it. That also showed me I was probably the only person she spoke to that day.”

When asked how Geoff fits volunteering in his busy schedule, especially since he took a hiatus, he replied, “I just do. Certain things take priority and you make time for it. Working in hospitality helps some with flexibility, too; but I like doing this and its important to me.”

Geoff said volunteering has helped him adjust his perception of things and events. He said his favorite element was the community aspect. “Even when my recipient isn’t home, usually a neighbor is and I get to know more than just one or two people per neighborhood. I’ve actually seen my recipient’s neighbor out and about, which was cool. I enjoy getting to know more of my community members.” Geoff appreciates multiple community aspects. I asked him why he chose MOW to donate his time to, and he said, “I can’t think of another effort that so directly affects the community. You can donate money to organizations, but you don’t always see the effects of that donation. I see where that money goes as a volunteer. Additionally, you can see the immediate impact of your time. You’re feeding someone. And this MOW stays local, I know its funded by the community for the community and I like the local impact it has.”

We deliver to one of the last recipients on the route and Geoff notices her front gate could use some minor repairs. He asks her if she knows anyone who could fix it. She said no, and he replied, “So if I show up one day with some tools to help you, will you be here?” She nodded. Geoff, once again, showcasing our volunteers’ deliver more than a meal and emphasizing the value of community. 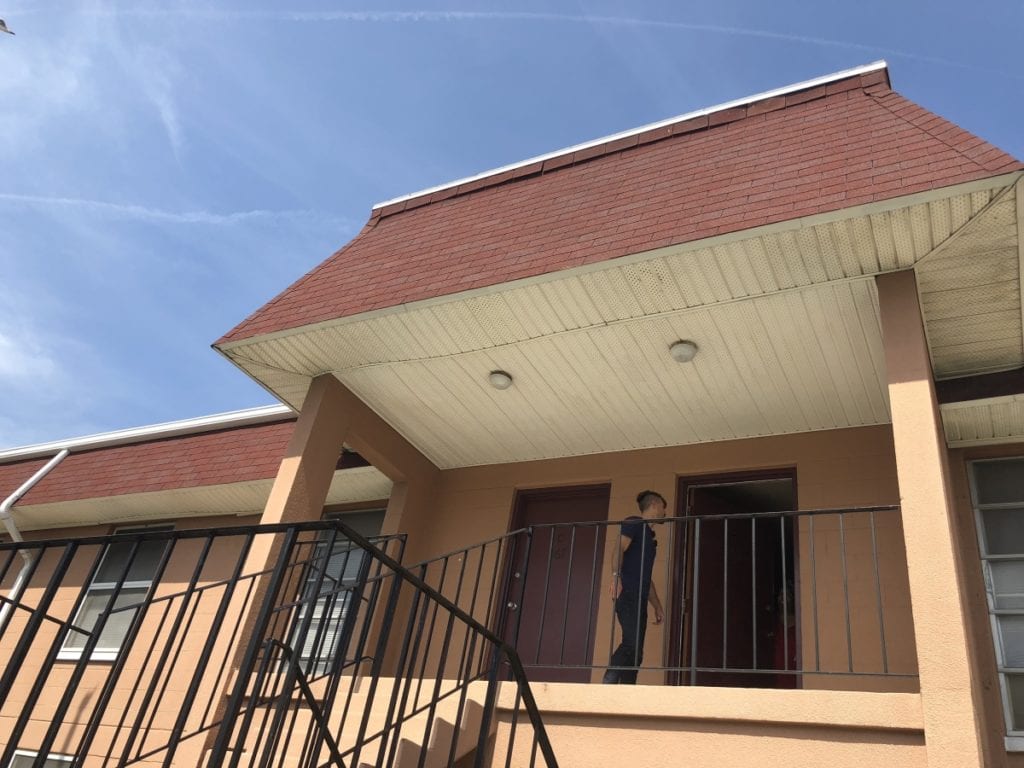